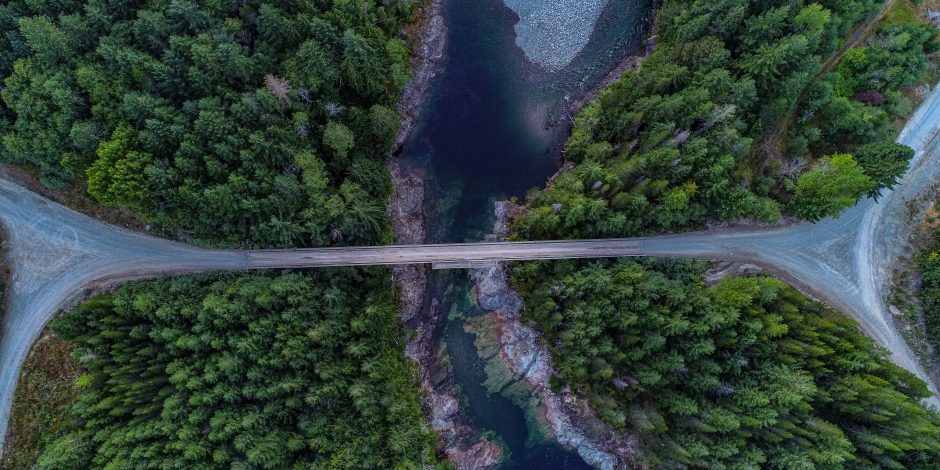 Seeing the forest and the trees without leaving the ground.

I’ve always been engrossed by the viewpoints that higher elevation grants. One of my first childhood memories as a five-year-old kid comes from standing on the top of Blue Berry Hill (literally a ‘hill’ at 200 feet elevation) and overlooking the little town I grew up in. Regardless of ‘hill’ status or not, the ability to see everything from that one vantage point will forever be ingrained in my memory.

As I got older, I would always (attempt to) bully my little sister to give me the window seat whenever we took a plane to visit my grandparents across the country. I would be glued to the window, watching the world from above in amazement. That amazement never left me, and I vividly recall flying into Campbell River as a 19-year-old, ready to start my first real job. I was coming here as a 4-month summer student from New Brunswick and was astounded by the British Columbia viewscapes as I flew in on the 10-seater from Vancouver to Campbell River. The bluest ocean, the rugged mountain peaks, the winding rivers, and the never-ending forest that I saw on that flight made me realize my dream was to live on Vancouver Island for more than just the summer job I was assigned to.

I worked hard and fulfilled that dream, moving to the West Coast immediately after university graduation. Working in forestry, I would always jump at the opportunity to fly in a helicopter or float plane to get to work, although it often meant long days working steep terrain and away from home in remote locations. Although the majority of the day might be unpleasant, it was always worth it for the short ride to be able to see the beauty of the province from above in that helicopter or little plane.

In 2014, a blessing fell into my lap. My best buddy Blair had a wild idea to use a drone to make our jobs easier. He proposed this new technology would help foresters make better forest management decisions, while reducing our exposure to injury by being able to see our working forests from above.

After convincing me to try flying his new drone, I was immediately in love. I saw the benefits from a work perspective, but I also loved the scenic shots I could capture. With this new power at my fingertips, I could see entire landscapes from that aerial perspective without having to leave the ground. As an additional bonus, I could record the beautiful scenery with high resolution photography or video. Although I had some initial reservations, I ultimately believed in Blair’s idea and became the ‘chief pilot’ (I prefer ‘operator’) at SuavAir.

Six years and thousands of drone flights later, I still appreciate the beauty that aerial perspectives provide—both from manned aircraft and from drones. Although I now fly drones primarily for data-collection purposes, I’ve made it my mandate to always take a few extra shots of my beautiful work locations. Every day, I remind myself that I am truly fortunate that the drone has brought me all over the Island (and province) to work. Hell, flying a drone for a living in beautiful British Columbia is an amazing job that my five-year-old self would be proud of.