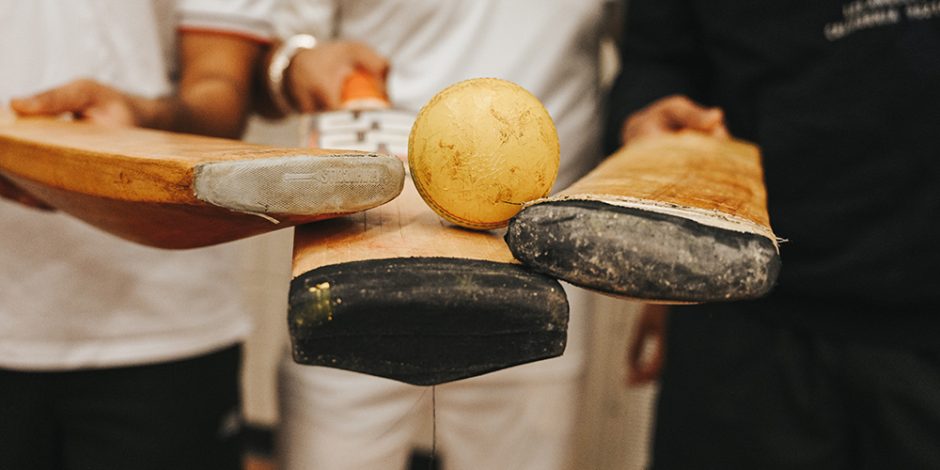 Friendly competition, excuses, obscure statistics, tea, and one of the world’s most popular sports. Welcome to the Campbell River Cricket Club.

To the uninitiated, cricket might seem the strangest of games. In what other sport could matches last five days for eight hours a day (including lunch, tea, and drink breaks), then end in a draw, with both sides being fully satisfied with the result? For anyone who is hoping to watch us play this year, don’t be put off by this; a typical modern game is a short format that lasts around six hours and the tea and beer drinking are reserved until after the match (with a few notable exceptions among Campbell River Cricket Club [CRCC] players).

Despite these idiosyncrasies and some of the other oddities (such
as fielding positions like silly mid-off and short fine leg), cricket is currently one of the most widely watched sports in the world. This fact may have readers racing for Google and crying fake news, but the recent Cricket World Cup Final match attracted a staggering 323 million live viewers (compared with 98 million people watching the Super Bowl and nine million watching the Stanley Cup Final).

As of yet, the CRCC has not quite attracted this level of support for its matches, but it’s still early days, the team having only recently re- formed in the spring of 2019. In an earlier iteration of the team, The Campbell River Willows Cricket Club played local matches and were part of the Mid-Island Cricket league between 1991 and 2009. It was a casual post-soccer match conversation between John Jepson (one of Willows’ founding players) and Adam Panziera in the spring of 2019 that inspired John to make a few calls around the community to see if there was an interest in reviving the club. Initial expectations weren’t high. Nonetheless, half a dozen players turned up for a practice at Carihi School on a chilly late May evening. Word spread fast, and by late July, we had enough players to challenge Arrowsmith Cricket Club in Qualicum Beach to our first competitive game in over five years.

That first match against Arrowsmith was closely fought, and was followed by a tied, two-day match at the picturesque ground of Cowichan Cricket Club against a visiting team from Portland, Oregon. Both of these away games reinforced our desire to have a home ground in Campbell River where we could host teams to play. Easier said than done. A cricket outfield needs to be around 160 yards in diameter, four times the size of a baseball diamond (as runs can be scored both in front of and behind the batsmen). And because the ball is allowed to bounce before it reaches the batsman (which adds a new dimension to the game as the ball can not only move in the air as it does when a baseball is pitched, but also off the ground), it is essential to have a flat and hard surface to play on.

While the City of Campbell River was very supportive in our initial search, they simply do not have a space this size where a cricket pitch won’t interfere with other activities. School District 72 came to the rescue with permission to build a cricket wicket between the two soccer pitches at Carihi School, where we will be able to play when the school is not using the area. Now that we have a location, we have started a fundraising drive to help bring our dream to fruition. This spring, we will be stripping soil from an area around 80’ x 10’, laying down a rock base and a concrete slab and topping it with a specially designed rubber mat, which will give us a playing surface that will not interfere with the very successful Carihi soccer program. Several club members will be supplying skills and labour, and we have great connections with local construction firms. We’d love to have as much support from the community as we can.

Cricket is a very inclusive game which encourages people of all backgrounds, ages, and abilities to play. We have players originally from Canada, Australia, New Zealand, South Africa, England, and India, ranging in age from 18 to 70. One of the main drivers of the surge in interest last spring was the Indian community in Campbell River, and students, mainly from Punjab, India, who study at North Island College. Cricket is universally and passionately played in India, where it is by far the most popular sport in the country. It is these players and enthusiasts who have led to a revival of interest across Canada. (More than 75% of Canada’s Senior Men’s Cricket team are of Indian origin and we are finally becoming competitive on the world stage again.)

Globally, women’s cricket is becoming quite popular, and here in Campbell River, we’ve had a number of women express interest in the sport, though none have yet made the leap to play in a game. We hope that will change in 2020. As with every sport, cricket relies on new players to keep it alive. Several CRCC players are getting close to retiring from the game in the next ten years (and it has been said that a couple of us probably should have retired many years ago). Currently, CRCC is teaming up with SD72 to offer a school program to help introduce cricket to the next generation of athletes. In addition, this summer, CRCC will be running a coaching camp for any interested young players to help ensure that the game is not only multicultural but also multigenerational.

This past September, we started playing indoor cricket every Monday night at Southgate Middle School. This fast-paced and exciting form of cricket involves short matches approximately 90 minutes long, and we have split our players’ roster into four teams of eight playing round-robin to sharpen our individual and collective skills in preparation for the outdoor summer season. We are working on fixtures for summer 2020 and have promises to play teams from Victoria where the game is very strong: Lake Cowichan, at their wonderful natural amphitheatre, and the team from Portland, who have been coming up to play teams on the Island for a decade.

We encourage people to come out, watch a game, and learn more about what cricket is all about. It’s a very inexpensive sport (our annual dues are less than you would pay for a cup of coffee every week) and the club already owns all the equipment needed. If you would like to find out more about who we are and what we do, if you’re someone who hasn’t played the game for decades for lack of a local team (like several of our players), or just fancy trying your hand at a new sport, check out our Facebook page where you can find out all about us (and catch up from cricket-related gossip from around the world!).