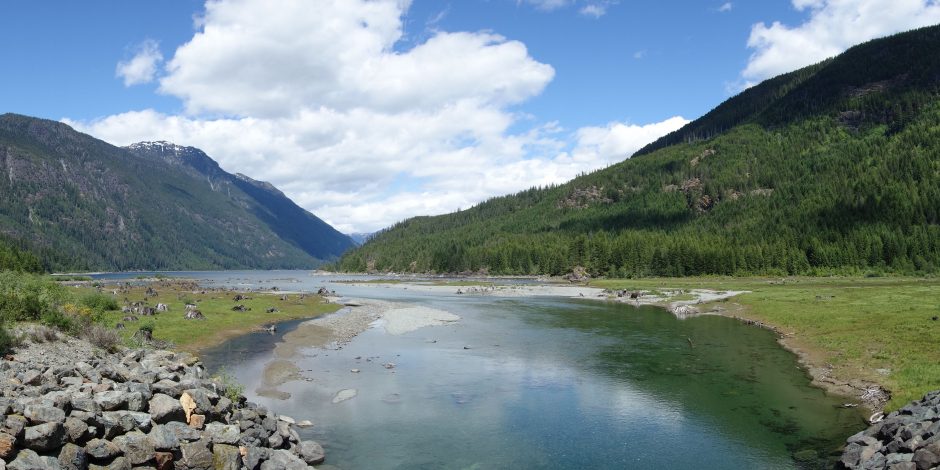 A scout’s hunt for film locations on Vancouver Island.

Long before they call “Action!” and the cameras roll on a movie shoot, someone has to find the places to film the scenes. Just like casting the perfect actors to play the roles, finding the right location(s) is just as important. Enter veteran Location Scout Nick Bergstedt, who has been searching areas for TV and movie productions all over BC for more than two decades.

In May 2018, Bergstedt was hired to find locations for a new Apple TV project called “See” that was coming to BC. The show takes place six-hundred years into the future where a post-apocalyptic Earth has been ridden with a virus that makes all of the survivors go blind.

Bergstedt had little time to prepare for his assignment. “On my first day scouting for the show, I read the script on the ferry to [Vancouver Island] and was there for two months,” he remembers. “We had a list of what they were needing for the script. This included lakes, waterfalls, rivers – pure wilderness and nature with no signs of civilization like power lines or clear-cuts.”

“This was a pretty big budget, probably the biggest I have worked on,” he says. “They were very much looking for places that were extra special that had never been used for filming before. Our director Francis Lawrence definitely had a crystal-clear vision. He likes his landscapes and it ended up looking fantastic on the screen.” Locations included the spectacular Myra Falls, Ralph River, and Buttle Lake in Strathcona Park for several scenes with the villagers.

The show also required old ruins, skeletons of buildings, and abandoned looks. In this futuristic vision, everything has been wiped out, cities no longer exist and there’s no infrastructure. The old Catalyst (LNG) plant was vacant and Bergstedt had scouted it for a previous project that never made it to BC.

“When I read the script for the [pilot], I knew we needed an interior of a dam, and to build it in a studio was going to be a bit much,” recalls Bergstedt. “When I scouted the LNG plant and showed pictures to the producers, they couldn’t believe it.” Queen Kane’s Lair inside the dam was a big part of the storyline and became an anchor location for the first three episodes.

“It was an adventure every day,” Nick says, about what it is like to get paid for driving around the island and scouting for the series. “I would do a little research the night before, get some leads from locals. I spoke with different folks, people who may have been loggers or miners or mill workers, sometimes for generations. I loved how friendly the people are on Vancouver Island, and how supportive they are. When you leave the big city and you go into the rural communities people seem a little more friendly and willing to share.”

Bergstedt and the other scout’s efforts were impressive enough to get them nominated for a prestigious Location Manager’s Guild International (LMGI) award for Outstanding Locations in a Period TV Series in 2020. He says Joan Miller and Tanya Price of the Island North Film Commission were very instrumental in assisting him to find what the production was asking for by providing key contacts and local knowledge.

A huge contingent of cast, crew, trucks and equipment travelled to the Island for filming and it took a lot of work to find accommodations and services for everyone.

“It was quite the endeavour to get three-hundred people to some of these locations,” concludes Bergstedt, who is looking forward to his next scout on the Island.

“We had horse wranglers, stunt performers, an enormous wardrobe department for all of the extras, and employed a lot of local people as well. We ran with a full 2nd Unit team and a Drone Unit team, so there were multiple filming crews to achieve this.”

“It was pretty damn big.”

Tim Moshansky is the author of the A to Z Guide to Film Terms
www.filmterms.com