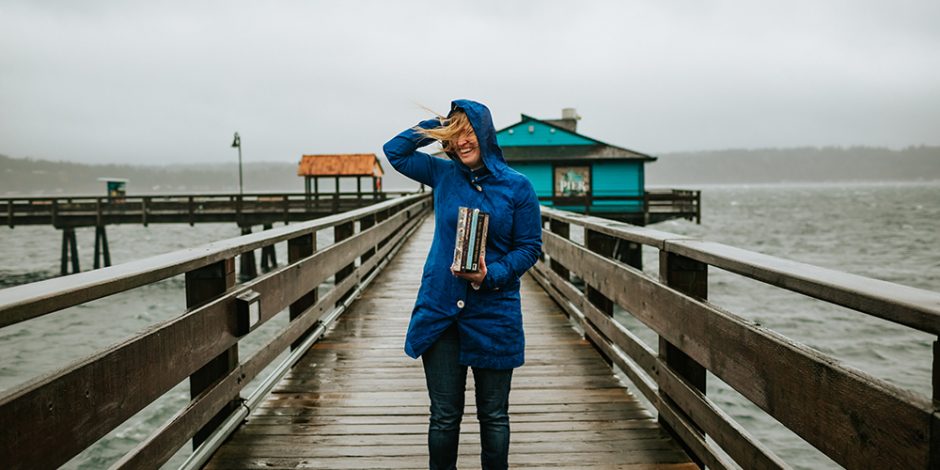 Words on the Water

The year 2020 is the 19th year for an ever-changing community of readers, a celebration of words, and an inspiring weekend of connections.

Words on the Water Writers’ Festival is typical Campbell River: unpretentious and accessible, but when experienced in person, utterly remarkable. While many city residents may still be unfamiliar with the event, it boasts a respected and highly praised reputation among writers from across Canada. “Writers love to come to Campbell River,” claims Rebecca Berry, a longtime WOW organizer. They love it for the intimate venue, the highly attentive audience, and the unique format. But who would like the festival if this was the first they had heard of it? Someone who likes to read, who is interested in conversation and new ideas, and who likes connecting with their community.

In fact, a community of readers is the best way to describe the Festival. But don’t confuse it with a book club, and it’s arguably richer than a podcast. This event has run for 19 years, bringing writers to Campbell River from across Canada. Each spring eight specially selected writers with diverse published works of non- fiction, fiction, poetry, plays, graphic novels, and more arrive to the Maritime Heritage Centre to share their work and connect with an audience. The event kicks off Friday evening with Writers in Conversation, a live discussion where paired writers interview each other about their craft on stage. The following day each of the eight writers gives a 45-minute presentation, regularly comprised of a reading and questions from the audience. To close the festival, Saturday evening sees the writers take turns highlighting unreleased work, points of inspiration, or the work of someone they think should be more known.

“One of the things I love best about the Words on the Water Writers’ Festival is the collective experience of a room full of people being moved by literature,” says Paul Murphy, one of the festival’s organizing committee members. Indeed, something special happens when writer and audience collectively share the experience of a reading. Often the entire room holds their breath on a word, or sighs as the final image of a poem melts into silence. There’s usually plenty of laughter and sometimes a few tears. The experience is both moving and unifying.

Jane Hirst of Coho Books is a fan. As the official bookseller for the event, she notes “There’s always a breadth of genres, topics, styles, and personalities, so there’s something for everyone… even if you haven’t heard about the authors or read any of their books.” The festival-goer needs only to show up and listen. Often people end up walking out with a stack of books after enjoying the festival and being introduced to new works. Think of it as a preview for what to get for your summer reading.